BERLIN – Berlin’s Alte Nationalgalerie museum handed over on Monday and repurchased a painting by French Impressionist Camille Pissarro looted by the Nazis from the collection of Jewish lawyer Armand Dorville.

Representatives of the Dorville family signed an agreement that the museum should return and buy back “Une Place a la Roche-Guyon” (“A Square in La Roche Guyon”), part of the permanent institution of the Berlin institution.

“I am very grateful to Armand Dorville’s heirs for allowing us to purchase the work for the Alte Nationalgalerie and for coming to Berlin specifically for this purpose,” said Hermann Parzinger, chairman of the Prussian Cultural Heritage Fund (SPK), which operates Berlin Museum.

He did not reveal how much the museum had paid for the painting, but said the family wanted it to be displayed in public, and the agreement was reached in a spirit of “good cooperation.”

After moving to the south of France, Dorville died in 1941, and his collection was distributed to museums and private collectors. 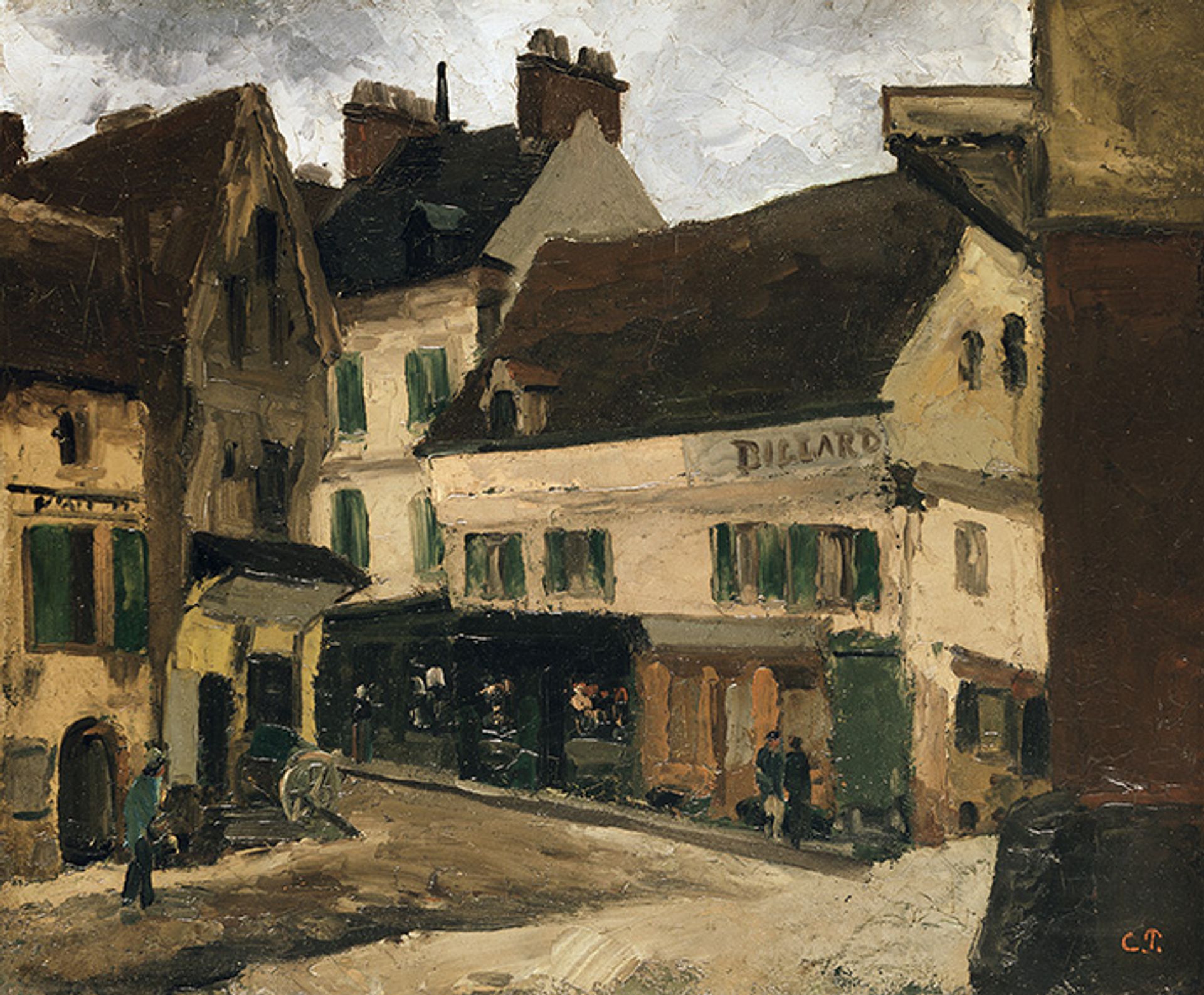 The family could not escape from occupied France, and most members were killed by the Nazis who occupied the country from 1940-1944.

Alte Nationalgalerie acquired “A Square in La Roche Guyon” from a gallery in London in 1961.

The Nazis stole thousands of works of art from Jewish families during World War II, and their recovery has been a slow process involving legal battles, complex searches, and some amazing finds.

The art plundered by the Nazi regime was intended to be resold, given to senior officials, or displayed in the Fuehrer Museum (Leader’s Museum), which Adolf Hitler planned for his hometown of Linz, but was never built.

In January 2020, two paintings by Jean-Louis Forain and a third by Constantin Guys were returned to the heirs of Armand Dorville from the collection of Cornelius Gurlitt, son of an art dealer in the Third Reich.

His father, Hildebrand Gurlitt, had worked as an art dealer for the Nazis since 1938.

Learn Hebrew in a fun and unique way

You get Israel news … but you do FEW that? Here is your chance to understand not only the big picture that we cover on these pages, but also critical, juicy details about life in Israel.

IN Streetwise Hebrew for Times of Israel Community, each month we learn several everyday Hebrew phrases around a common theme. These are small-sized audio-Hebrew classes that we think you will really enjoy.

We’re really glad you read x Times of Israel articles in the past month.

That’s why we come to work every day – to give discerning readers like you a must-read mention of Israel and the Jewish world.

So now we have a request. Unlike other news broadcasts, we have not created a payment wall. But since the journalism we do is expensive, we invite readers for whom The Times of Israel has become important in helping to support our work by participating The Times of Israel Community.

For as little as $ 6 a month, you can help support our quality journalism while enjoying The Times of Israel AD-FREE, as well as access to exclusive content available only to Times of Israel Community members.