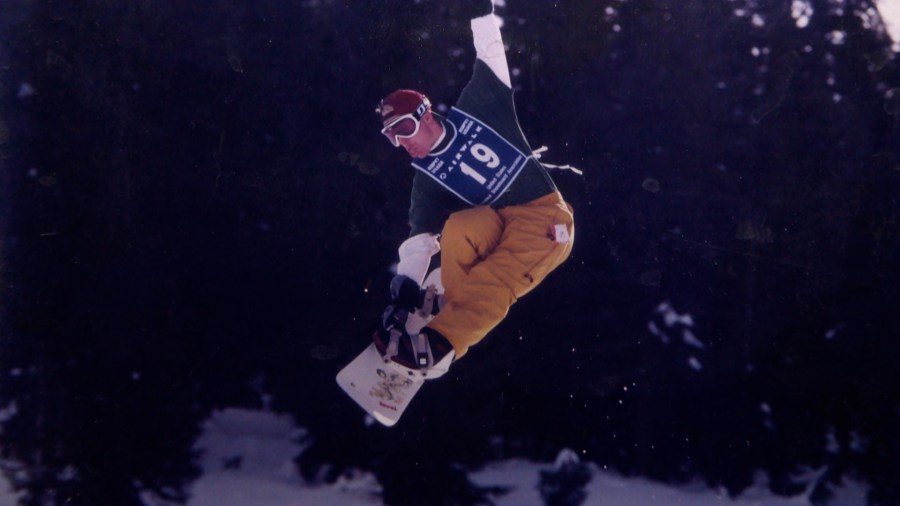 FRESNO, California (NEXSTAR) – Byron Stickler was born in 1970. He’s 51 years old, but he’s certainly not 51 years old in this picture.

“You know, I was probably the second wave, actually of the one that came through,” Stickler says. “There was a big wave in the ’80s, but I would say the second wave was definitely a part of that.”

“There was this little show-off quality for me. I mean you really have to have it to be a great athlete,” he said. “’97 -2001 I was really competitive, really made competitions.”

A competitive snowboarder before the sport became popular.

“What they ride these days is that everything is perfectly well-groomed; it’s perfect. We did not have that,” Stickler said. “It has been an interesting development to see the change in the sport.”

Stickler was self-taught. And he learned to snowboard by skateboarding.

“You know, I made a lot of pools and ramps,” he said. “I liked it because I liked getting air later.”

Byron Stickler taught himself well. Growing up in Central California, he traveled throughout the state. In 1997, he won a national slopestyle championship.

“My dream day is that there are two feet of fresh powder that is super cold. There is no wind and the snow falls just a little bit,” Stickler said. “You look at the race in front of you and no one has touched it.

“That’s the best feeling of it.”