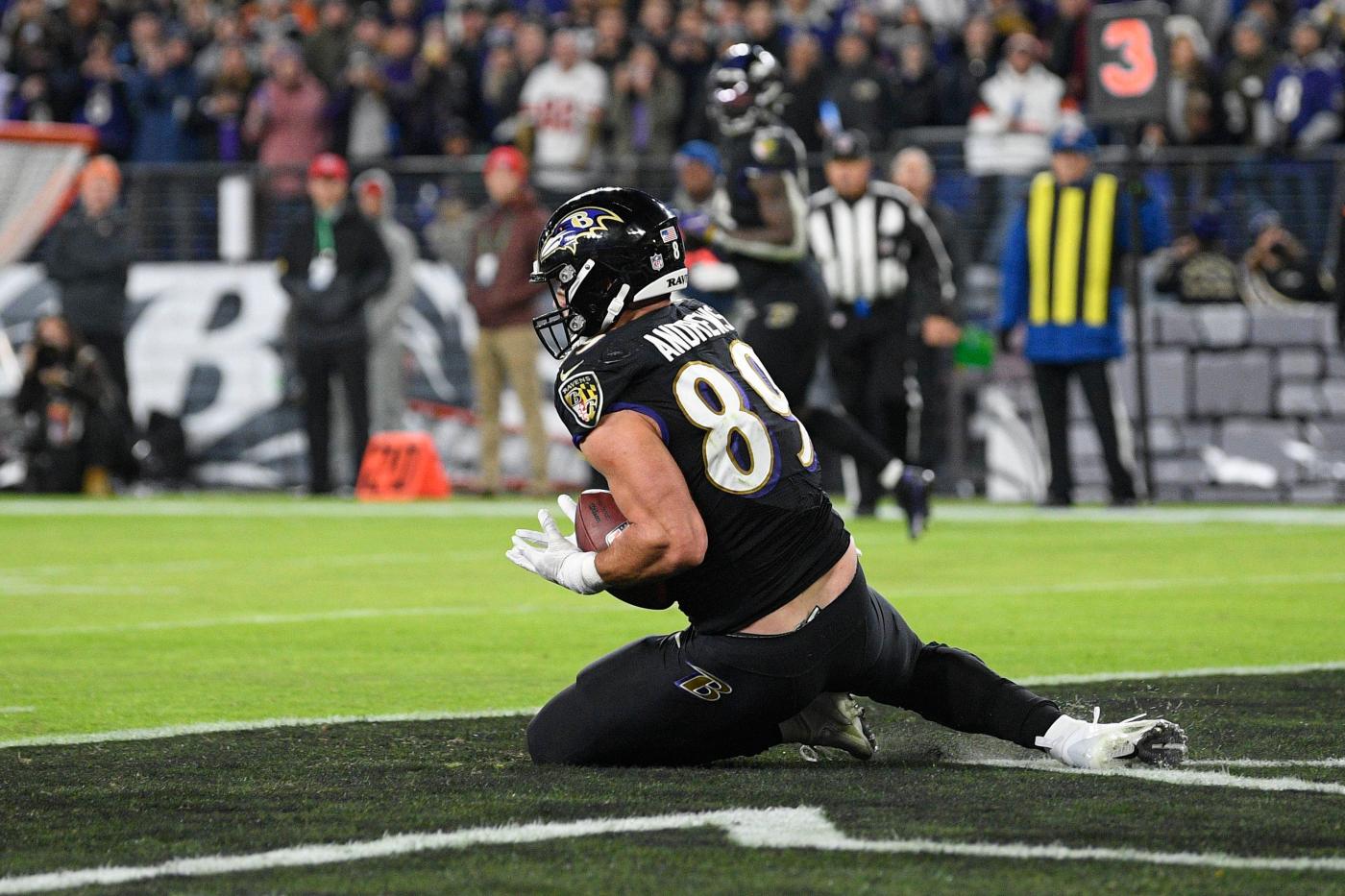 After an ugly first half against the Cleveland Browns, the Ravens’ biggest stars shone.

Facing a third-and-4 with 11:34 left in the third quarter, quarterback Lamar Jackson rolled to the right, pointed down the field and launched a deep pass to tight-end Mark Andrews, who was covered by Brown’s safety Ronnie Harrison. While Harrison pulled Andrews to the ground, he caught the tight-end ball with one hand and secured it to his hip for a 39-yard finish, putting the Ravens up on the Browns’ 13-yard line.

Harrison was called for pass interference, but the Ravens denied the penalty in favor of the big game.

But Jackson and Andrews were not finished yet.

After a 4-yard run by Latavius ​​Murray and a sack by Jordan Elliott and Jeremiah Owusu-Koramoah, the Ravens faced a third-and-10 at 13. Jackson fell back to pass, avoided defensive Jadeveon Clowney and drove all over way back to the 35-yard line before launching a pass from his back foot just before he was hit by defensive Myles Garrett. A wide open Andrews made a sliding catch in the end zone for the 13-yard touchdown catch, giving the Ravens a 13-3 lead. Jackson scrambled a total of 20 yards on the piece.

After the play, Garrett could only press Jackson’s hand.