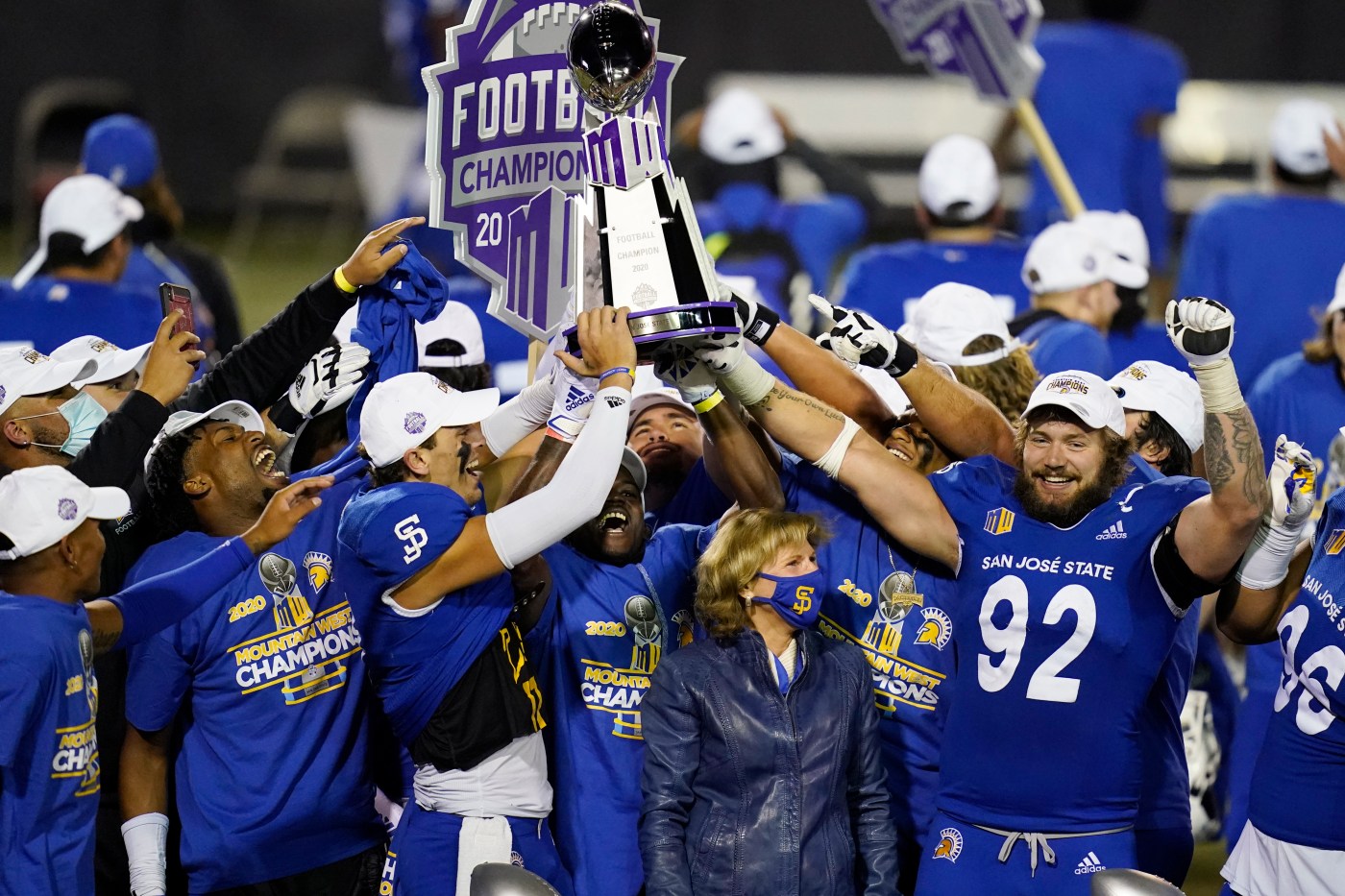 SAN JOSE – San Jose State has 11 days and one game to enter the off-season.

Beat Fresno State on Thanksgiving Day and it’s going to be a happy holiday. Loss, and the season is over.

“It’s a real thing for all of our seniors,” said San Jose State quarterback Nick Starkel, a sixth-year SEC transfer from Arkansas and Texas A&M. “It means a lot to us. I know I’m not just speaking for myself when I say that this game really is the most important game I’ve ever played in, just because of all the implications behind it.”

The Spartans (5-6) could have locked a bowl bid Saturday night. Instead, they suffered their most crooked losses of the season – a 48-17 beatdown from Utah State in front of an audience of 15,135 who expected to party after SJSU jumped out to a 14-0 lead.

In what can only be described as a total dud, San Jose State admitted to being confused on offense, could only muster 150 yards from scrimmage and left his defense on the field for an unbearable 37 minutes.

It was as if the 14-0 lead never existed. But it did, aided by two takeaways in the final 70 seconds of the first quarter. First came a 58-yard pick-six by second cornerback Kenyon Reed. Then, 58 seconds later, the defensive end was Junior Fehoko with a sack-fumble, which fellow bookmaker Cade Hall regained at Utah State 38. SJSU only needed three games – all running – for 14-0.

Utah State responded as the first team it is. Aggies (8-2, 5-1), who sit alone at the top of the Mountain Division standings one game ahead of Boise State and the Air Force, scored 24 unanswered points to close out the first half and dominated the second half. Quarterback Logan Bonner set the school record by throwing four touchdowns for a third game in a row.

“When we came up 14-0, they did not blink an eye,” said Hall, last year’s Mountain West defender of the year. “And when they started to get up, we let it affect us. And you could see that in how we played. ”

The attack played just as badly, if not worse. Starkel, the QB star of the storybook 2020 season, passed just 138 yards and threw an interception for the sixth game in a row. He also lost a fumble, as did backup Nick Nash.

“We have to play cleaner,” Brennan said. “We have two weeks to get to work and figure out the best way for us to move the ball.”

“We are right at the end of a very long stretch of very tough opponents, so this farewell week is much needed,” Hall said. “We will use it to heal and also get ready for Fresno State.”

It does not get easier. Fresno State (8-3, 5-2) has beaten UCLA, San Diego State and Nevada and given Oregon everything it could handle. Beat the Bulldogs and it will be a merry Thanksgiving for SJSU. Loss, and the most eagerly awaited season in decades ends with a bang.

“We are ready to do what we can to give ourselves the best chance of winning and getting to a bowl match – whatever it is,” Brennan said.