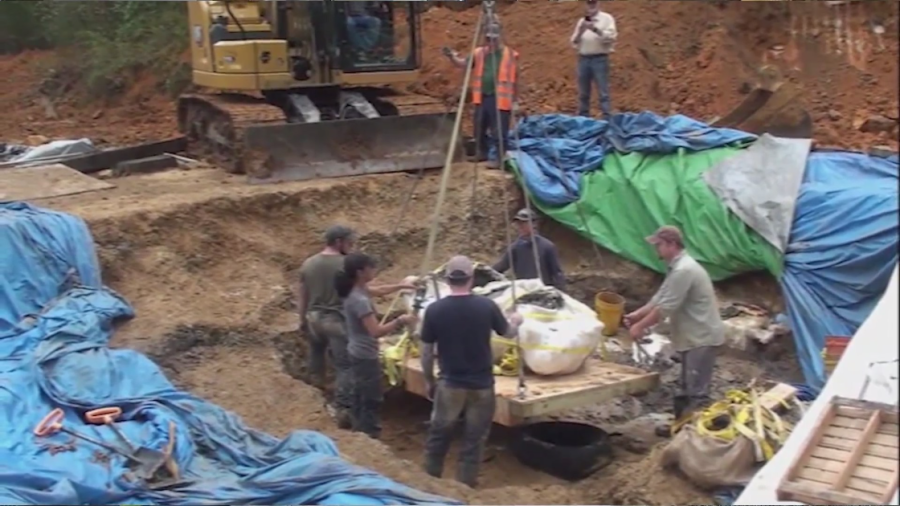 ST. LOUIS (KTVI) – Scientists have discovered the bones of a dinosaur in Missouri, and it’s a new genus that has never been revealed before.

Paleontologist Guy Darrough discovered the young skeleton of a Parrosaurus Missouriensis in Show-Me State. The specific location of the find is kept secret until the site can be secured.

“I can not imagine anything more impressive than what we discovered here. A new genus of species. Its world-famous discovery,” Darrough said.

Remains of the second-beaked dinosaur, which measures a staggering 25 to 30 feet long, have not been found anywhere else in the United States. When Darrough found the young dinosaur skeleton, he had it transported to the Sainte Genevieve Museum Learning Center. Then he called Chicago’s Field Museum with the big news.

“I finally talked to Pete Makovicky, the dinosaur curator at the Field Museum,” Darrough said. “He came down and looked and said, ‘Yes, you have dinosaurs.'”

Not long after Makovicky and his team began digging in Missouri, they found an adult Parrosaurus Missouriensis right next to the young one.

“This is actually a remarkable place in one of the best local dinosaurs east of the Great Plains,” said Makovicky, a professor of earth and environmental sciences at the University of Minnesota.

Makovicky said he has dug up dinosaurs all over the world. However, he calls the Missouri site one of the most unique. He believes it is likely that other dinosaurs will be found there.

The find is 80 years in the making. The original owners of the property found bones in the 1940s. The bones were sent to the Smithsonian and later confirmed to be a dinosaur, but nothing ever evolved.