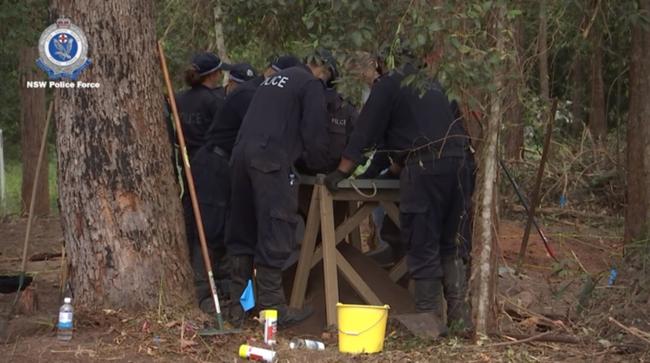 Another object has been discovered and will be forensically tested in the ongoing search for the remains of William Tyrrell.

On Saturday, police searching the bushland in Kendall uncovered a green hessian bag and labeled it as evidence.

It was examined by specialists on site.

It follows after police on Friday found a piece of light blue material, put it in a brown paper bag and sent it to Sydney for forensic examination.

The significance of the elements in the investigation has not yet been determined.

It comes as investigators approach the end of the first week of the renewed search for Williams’ remains.

The search with “high intensity” was first announced on Monday.

But in the six days ago, the police estimate that they have only searched 10 to 20 percent of the areas of interest – about a square kilometer.

At that rate, the diligent search could be dragged out for as long as nine weeks.

So far, police have combed bushland and drained a stream in an area about a mile from the Kendall property where the boy’s foster grandmother lived and where he was seen more than seven years ago.

Investigators have also scanned a concrete slab on the property that was laid after the boy disappeared, but have since confirmed that nothing remarkable was found.

The results of a coronal investigation into Williams’ disappearance, which was completed last year, have not yet been released.

A $ 1 million reward for information about the case still stands.