Previous X-Men movies have seriously lacked the diversity of the comics, but the mutants’ pending move to MCU could correct this problem.

Marvel’s X-Men has played a crucial role in the introduction of diversity in comics over the years. For many, the team of international heroes was the first time heroes from different cultures and backgrounds were seen in the medium. While not perfect, X-Men has long been instrumental in introducing colored people and members of LGBTQ into roles as certified superheroes, and has led the way in representing the marginalized, at least in the world of comics.

When you look X men movies, but almost none of it is present. The vast majority of the team’s diverse characters have been pushed to the background or left out altogether in favor of teams that are “whitewashed”. Storm, an experienced team leader in the comics, is seen as little more than a symbolic character in the films, who have appeared in almost every X-Men film, yet have not managed to do anything remarkable or experience any significant development. Mystique’s status as a member of the LGBTQ community is completely omitted, even though it is a big part of her comic book identity. For a team whose story revolves around tolerance and acceptance, it’s an eerie little bit for the film universe to openly omit this core aspect of X-Men’s existence. However, the team’s pending migration to MCU provides an excellent opportunity to correct this error.

It is unknown how mutants will be introduced in the MCU at present, but there are rumors Doctor Strange and The Multiverse Of Madness will be the film that introduces them. This gives Marvel a unique opportunity to introduce a team that promotes diversity, just like the “All-New, All-Different” series that first introduced international characters such as African Storm and Native American Thunderbird to the team.

So far, Wolverine has been starring in the films, but there is hope that this may change. While the Canadian mutant is hugely popular with fans, the time is ripe to delve deep into the stories of mutants like Northstar, who was one of Marvel’s first overtly gay heroes, and Jubilee, a fans favorite hero of Asian descent who has so far had only cameo appearances in the films. When talking about bringing the diversity of comics into the movies, it’s important to recognize how potentially interesting X-Men characters have been pushed aside in the past, in the hopes that these characters may have bigger roles in the future. .

There are two primary points here. The first is that an allegory of discrimination will hit harder if a decent portion of the cast are people who are actually being discriminated against in the real world. The second is that the number of mutants that have been considered the X-Men over the years is very diverse for the film universe to focus only on the same handful of mutants that have had the limelight so far.

There is no shortage of different X-Men characters that can appear in the MCU. There is also no shortage of unique mutant teams to present. Between the main team and offshoots like the X-Force, Marauders and Hellions, an entire cinematic universe could be created exclusively for the mutants, in much the same way that the Guardians of the Galaxy lead the cosmic quadrant of the MCU. Either way, Marvel’s happy mutant now has another chance to be given the treatment and respect they deserve on the big screen.

Keep reading: How Marvel’s What If Made a D-Lister the Most Powerful Mutant in the Multiverse 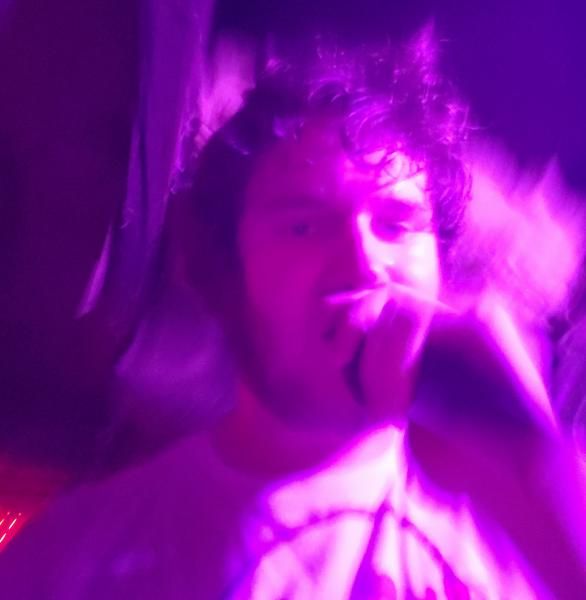 Saz writes comics for CBR. He spends the rest of his time being a nomad and putting cool insects he finds on the ground in his backpack. If you want to follow him on Instagram for all his accomplishments, it’s @sazbeats.