A British man living on Tonga said the sound of the volcano erupting was “like bombs exploding around the place”.

Alistair Coldrick, who operates whale watching on the island of Vava’u, told Sky News that he and his family fled to higher ground after hearing the explosion.

He said, “We knew something catastrophic had happened.”

“We knew he was going to get away from the water. We knew this was really bad, we just did not know how bad,” he added.

Military surveillance flights have been sent from Australia and New Zealand to assess the damage caused by Saturday’s eruption of the Hunga-Tonga-Hunga-Ha’apai volcano.

Tonga consists of 176 islands, only 36 of them inhabited, with a population of just over 104,000 people. It has largely been cut off from the world after an underwater communication cable was disconnected – repairs will take some time and there is still volcanic activity in the area. 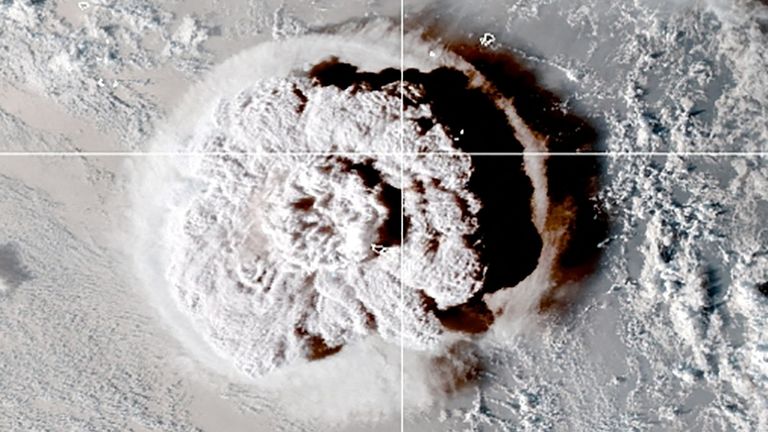 The tsunami alert system went down after the first explosion, Mr. Coldrick, adding: “Communication was completely cut off, but everyone knew this was so drastic that people were moving away from the water.”

He said the island he lives on is in “terrible limbo” while waiting for communication to be restored: “There has been this general feeling of shock because we are a bit in the dark because there is no effective communication between the islands.

Entire islands were destroyed when the devastation was revealed

“We’re worried about people on the main island.”

Vava’u, which is several hundred kilometers away from the main island of Tonga, had a “light dusting of ash” from the volcano.

“On Monday, people walked around wearing masks. It was the first time during this pandemic that we have had to wear a mask here,” Mr Coldrick said. 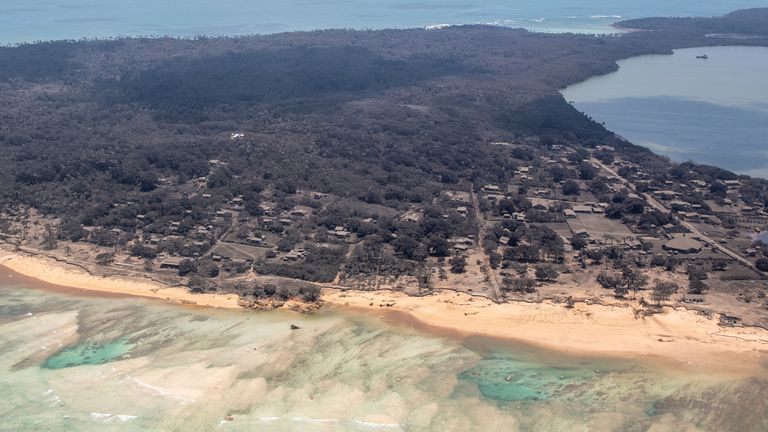 What do we know about Tonga volcanic eruptions?

A 65-year-old woman on Mango and a 49-year-old man on Nomuka are the other confirmed deaths, while a number of injuries were also reported.