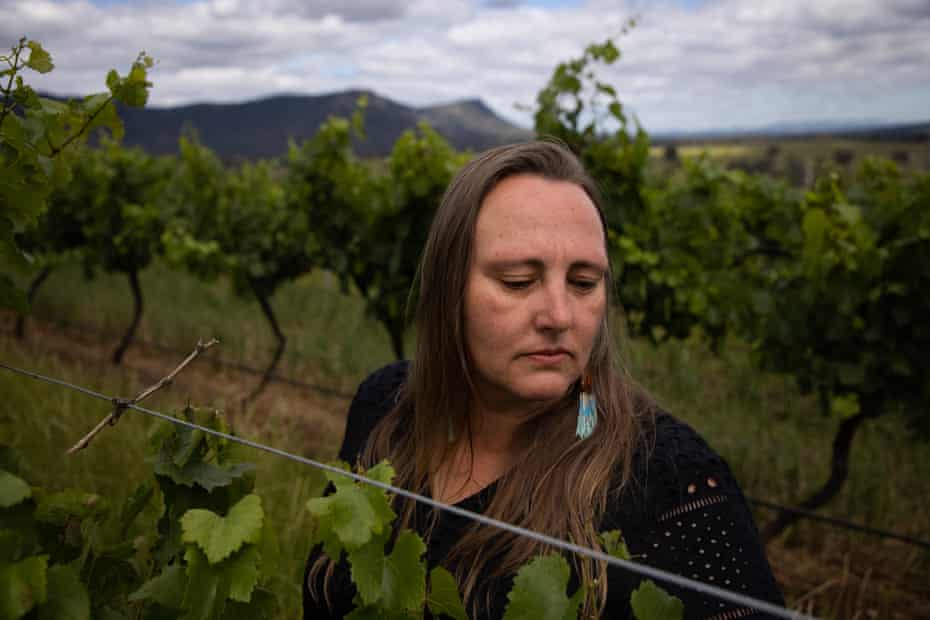 The Broken Back Range has always been great in Sally Scarborough’s life.

She grew up in Cessnock at the foot of its mountains, in the middle of the wine country and the Great Dividing Range of New South Wales Hunter Valley. But in addition to the state forest, agricultural land lay in the countryside – and coal mines.

Now the national sales and marketing manager at Scarborough Wine Co., just north of Pokolbin, she fears her small oasis in the Lower Hunter is threatened by a further expansion of mining.

The Chinese-owned coal producer Yancoal has entered into an appraisal lease for land between Pokolbin and Broke-Fordwich, in the heart of the wine country. It is now for the NSW government.

Scarborough and a number of local wineries and tourism operators see it as a call for action. They are fighting back against industrial development in the region and lobbying the NSW government to pass legislation that forms a protective ring around the area – as has been done for the wine-producing Barossa Valley in southern Australia and the Margaret River in western Australia.

“We do not want to take it for granted,” Scarborough said.

“This is my home. We do not want to encounter this in 10 years when there is another exploration license around… we want to stop renewing it so we do not go through this process over and over again.”

Scarborough has never joined the “diehard nature conservation” but says people visiting Hunter will not see it as a beautiful, unspoilt area if there is mining “literally a slap in the middle” of it.

“There is no way that viticulture and mining can live together and work successfully together, there are too many divergences,” she says.

“One is an industry that gives back to the natural environment and nurtures it, producing products that have a special place in people’s memories and hearts … that are at odds with mining.”

‘This would never happen in Champagne’

Yancoal is one of the largest export coal mining companies in Australia, operating 11 locations across NSW, Western Australia and Queensland. Five are in Hunter Valley.

It acquired its first mine, Austar, in 2004. At that time, Austar was the only mine to produce coal in the wider Cessnock area. It started going over to closing last year.

Since 2004, Yancoal has acquired Hunter Valley Operations, Mount Thorley Warkworth, Ashton and Donaldson, all in Hunter. Donaldson has also moved on to a “care and maintenance phase”.

Yancoal currently has interests in “several” early coal exploration and assessment sites in Australia, including drilling programs and geophysical surveys.

The company has two exploration licenses issued by the NSW government in the Cessnock area and has applied for an appraisal lease over the same footprint.

“The application process … requires several steps to be completed before it can actually be granted, and it will likely take several years,” a spokesman said.

“An appraisal lease, when granted, allows for a work program that focuses on the appraisal and study of a potential resource.

“Whose [an assessment lease] was given, it would not guarantee min a mine lease in the future. If the potential for future mining were ever to arise, any mining proposal would have to go through a rigorous assessment process… with extensive public consultation. ”

But Sasha Degen, owner of the lodging company Hunter Valley Stays, says even the prospect of mining in the region is “unimaginable”.

“I really can not imagine any other wine region in the world would have this on the table, it would never happen in Champagne, the Napa Valley,” she says.

“People would be horrified to know that there is a mine in the middle of the wine country … you will not visit and drive directly into a mine truck.”

A report from the Australia Institute found that coal mines in the Upper Hunter were running at 62% of their approved capacity last year, which produced almost 100 million. tonnes less than they were granted by the NSW Government.

The institute’s research director Rod Campbell has said that there is “absolutely no need”For any new coal mines in Jægeren. “Existing approvals can easily meet existing and likely future demand,” he says.

“The NSW Government’s own data shows that Hunter coal sales peaked in 2014. The world has been telling us for years … it intends to use less coal in the future, but the NSW governments have not listened.”

A spokesman for the NSW Regional Department said two coal exploration licenses in the Cessnock region were initially granted in 2003 and 2010.

“Applications have been submitted to renew the existing licenses and are awaiting decision,” the spokesman said.

“If the proposer were to… consider mining, they would have to make a separate application, which would be considered through the state’s robust planning framework.”

‘We want to protect it for the next generation’

Degen says people use the term elastic “liquid”, but points out that Lower Hunter has just been through severe drought, fires, floods and Covid, “and now this”.

“We hear this loud and clear when we make reservations … guests are looking for world-class food and wine, accommodation in a spectacular landscape. Noise, vibration and dust are just not part of the experience.”

In 2028, Hunter Valley celebrates 200 years as a wine region. Degen says you “could not reverse the damage that would happen” if the appraisal lease gets the green light.

Chris Tyrrell’s family has been growing vines on their property for 160 years – “at about the same time as the mining industry”. When he looks out of his window, Chris sees state forest on one side, and on the other a block of vines that his great-great-grandfather planted in 1879.

“Part of being here for so long is that we are not anti-coal mining as such, we are just opponents of new mines in the area. We have had many employees who have worked in both industries,” he says.

“But if they are not running at full capacity now, it does not make sense to open more.”

Tyrell says that if the proposed location – on the main tourist route – were to be developed, it would “more or less mean the end of tourism”.

“As alarming as it sounds … we get about two million people a year – having a coal mine and all the infrastructure on the main road would put an end to it.”

It’s not just about tourism.

“Sometimes you take it for granted, but we have some of the oldest wine resources in the world,” says Tyrrell.

“You can not replace it. That is what we are looking for here, we want to protect it for the next generation.”