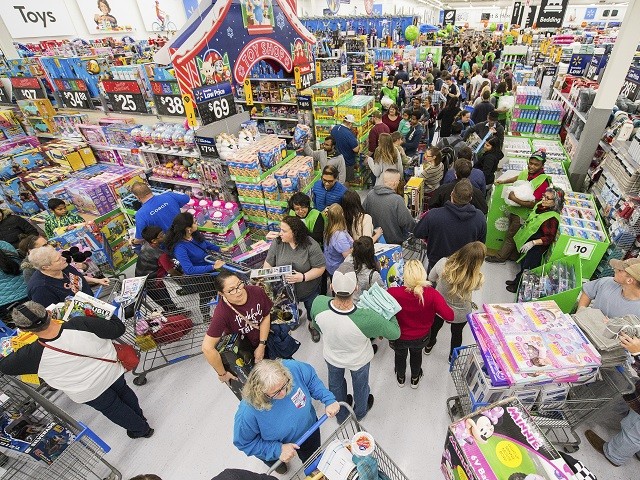 Students at the University of Florida thought the name “Black Friday” should be changed until they found out it had nothing to do with race.

Referring to an opinion piece on 18 November in Chicago Tribune called “Talk of the County: Black Friday should be renamed so that it is not ‘discriminatory and profiling black people’,” Campus Reform Reporter Ophelie Jacobson asked students on Gainesville campus schools if they supported changing the name of Black Friday – the day after . Thanksgiving, when millions of Americans storm retail stores to get holiday deals on gifts and other merchandise.

“I think equality is important,” one student said in response, while another said “I think I definitely think it’s a valid opinion. I kind of agree that it should be changed just because Black Friday sounds offensive. . “

Another student, Jacobson, explained that they have always felt uncomfortable with the name. “Honestly, I’m down to renaming it,” they said, adding:

I do not like the name Black Friday. I’ve never really had that since I was little. When I went to stores, everything would be crammed packed and I would see workers, so to speak, it sounds wrong, but they would lean more towards the lighter people. Like they would help them.

However, one student pointed out that a name change “will not help actual black people”

When Jacobson pointed out that the term “Black Friday” has nothing to do with race, the students seemed to change their tune.

“If it’s not about skin color, then I can not see that there is a problem,” said one student, while another replied, “If you just want to rename it to spare the emotions, then it is not useful.”

According to the History Channel, the actual origin of the name rests with Philadelphia police in the 1950s describing “the chaos that ensued the day after Thanksgiving, when hordes of suburban shoppers and tourists flocked into the city ahead of the big football game between the Army and the Navy held that Saturday every year.”

In the late 1980s, however, retailers tried to rename the term to describe the transition from operating at a loss, “in the red,” to making a profit, and moving “into the black.” This rebranding held fast and remains the current understanding of the meaning of “Black Friday.”