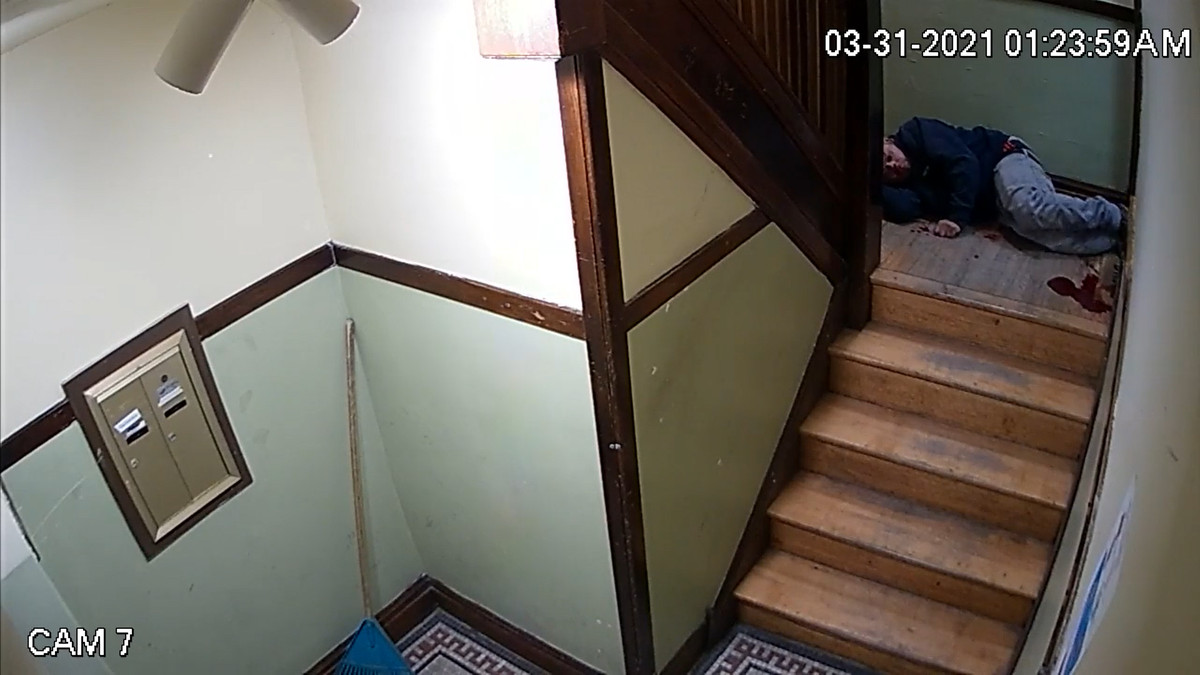 Chicago Police Inspection Agency released a video showing a guard officer shooting a man trying to break into his home in Albany Park.

Videos released Monday of the Civilian Office of Police Accountability shows a man walking into the apartment building around noon. 12:30 a.m. March 31 in the 3100 block of West Belle Plaine and lingers in the lobby before approaching the officer’s front door.

The man, later identified by police as Jose Mendoza, 32, allegedly began fiddling with the front door handle. After hearing the noise, the officer slammed the door, looked outside and saw Mendoza reportedly crawling nearby.

He asked Mendoza to leave, but he refused and tried to enter the home, Assistant Attorney General James Murphy said at a later court hearing for Mendoza. That was when the officer fired his gun once and struck Mendoza through the cheek.

He was taken to the Illinois Masonic Medical Center, where he was stabilized, Chicago police said.

Mendoza – who had several arrest warrants and an ongoing DUI case in Rolling Meadows – faces charges of burglary, home invasion and intrusion.

COPA said their investigation into the officer’s actions is ongoing.