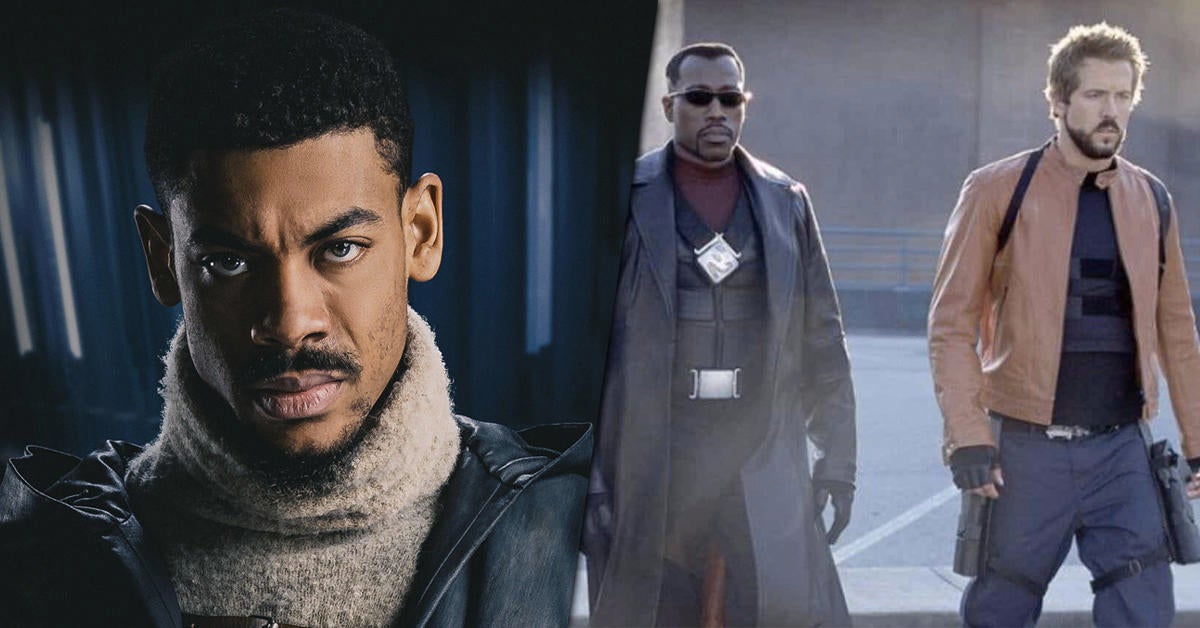 The cast for Blade is growing, and the production has added another actor that will serve as a co-lead alongside Mahershala Ali’s eponymous vampire hunter. Tuesday, it was revealed Aaron Pierre has been added to the project in a role that’s been “coveted” by much of Hollywood since last fall, according to initial reports. With that meaning it’s likely a long-term gig at the House of Ideas, it makes the most sense for Pierre to be suiting up as Hannibal King. Here’s why.

Pierre’s Hollywood star is shooting straight to the top, having most recently appeared in both Old and Barry Jenkins’ The Underground Railroad. He’s also been cast as the voice of Mufasa in Disney’s Lion King prequel, also directed by Jenkins. Suffice to say, between the size of the role and the actor’s quickly-crowding workload, Hannibal King is the ideal role.

King has long been a supporting character of Blade’s, and he even made it to live-action before — courtesy of Ryan Reynolds, nonetheless. He’s not entirely unknown, say like Rintrah’s status prior to Doctor Strange in the Multiverse of MadnessMantis prior to Guardians of the Galaxy Vol. 2or even the entire roster of Chloe Zhao’s Eternals.

But he’s also not a character beloved by many. He does not have the fandom of a Wolverine or Spider-Man archetype, allowing Pierre to really make the character his own. Furthermore, King is a recurring role that could not only pop up in the Blade film franchise, but the inevitable Midnight Suns team-up comes whenever that may be.

Whatever the case, it’s probably a safe bet King will appear at some point in the Blade franchise, it’s just a matter of when and where.

“[Blade] was [part of the scene] for reasons hopefully that would become apparent as you see more things, but [Mahershal Ali] was not there on the day, “Eternals producer Nate Moore said of the character on ComicBook.com’s Phase Zero podcast.” And we talked about two versions of that, one where we would cut to him and one where we would not. ‘How textual do you want it to be?’ And again, it was more just for the fun of it, to tease it a little bit, to hear the voice and not see the man. He was game to do it. Because the Ebony Blade, the characteristics of the Ebony Blade are not dissimilar to some degree to vampirism and we think that’s an interesting kind of thing to play with. So, we kind of knew that was on the table. ”

What other Marvel characters do you hope to see join Ali’s Daywalker in Blade? Let us know your thoughts either in the comments section or by hitting our writer @AdamBarnhardt up on Twitter to chat all things MCU!