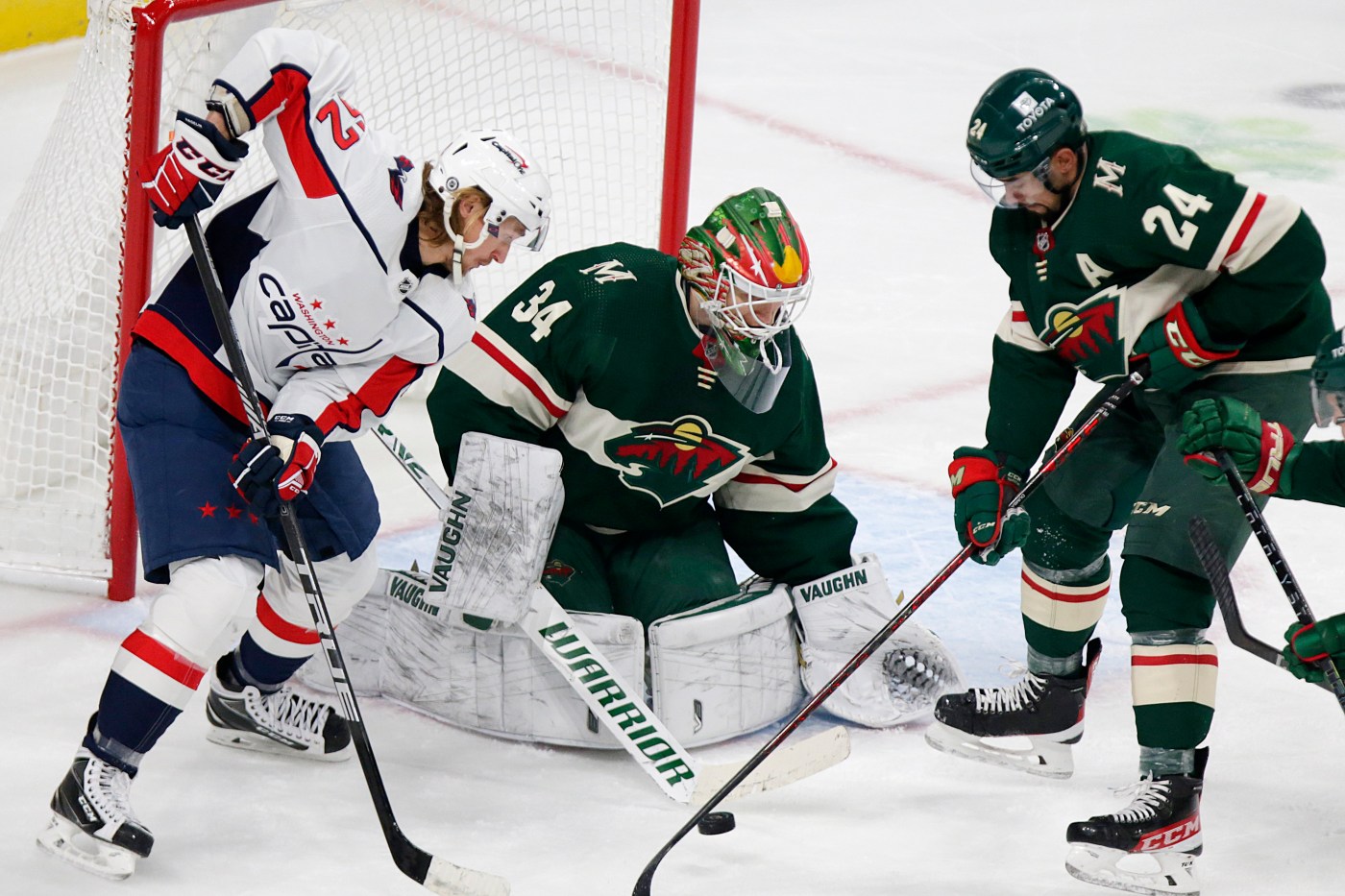 Since everything was apparently going well against Wild lately, they had to take a break at some point.

Not only have they been unable to win anything with the league constantly postponing matches, they went into a tough match with the Washington Capitals down at almost half of their lineup regular due to injuries.

After taking so much from Wild over the past month, the hockey gods mercifully decided to give something back Saturday night at the Xcel Energy Center.

With the Wilds trailing by a couple of goals midway through the match and preparing to kill a penalty kick after Ryan Hartman was whistled for stumbling, they got some incredible puck luck when the Capitals inadvertently sent a puck into their own net.

“We needed that goal at the time,” coach Dean Evason said. “We tumbled a little.”

When the puck seeped towards the empty net – remember the Capitals had a delayed penalty kick, they pulled goalkeeper Zach Fucale to an extra striker – the crowd erupted in a deafening roar just as the puck crossed the goal line. Suddenly, Wild was back in the fight on his way into the last 20 minutes of regulation.

It turned out to be exactly what Wild needed as they forced overtime in the final minute of regulation and then triumphed with a dramatic 3-2 victory in a shootout. Kevin Fiala converted in the penalty shootout with a nonchalant flick before Freddy Gaudreau ended the match with a snipe.

“I think everyone in there did a damn job,” Mats Zuccarello said. “Just a good win against a really good team.”

It was a very strong match for Kaapo Kahkonen, who finished with 29 saves in total, and kept the match goalless in the first period with a terrific effort between the pipes

It set the stage for the second period, with the Capitals going up 1-0 after a diversion from winger Connor McMichael in front.

While Wild still had some life at the time, Kevin Fiala took a team penalty and then a couple of tripping penalties to give the Capitals a few chances in the powerplay. Of course, the Capitals once cashed in with center Evgeny Kuznetsov unleashing a perfectly placed shot to make it 2-0.

The score could have been worse if Kahkonen had not made a beautiful save to thwart center Lars Eller close to a few minutes later.

That kept Wild inside the game long enough for them to take advantage of Capital’s own goal. The sequence contained that the Capitals tried to make some attack on a delayed powerplay, only to get winger Carl Hagelin to shoot the puck into his own net.

That helped Wild reduce the deficit to 2-1, with Marcus Foligno getting the credit for the goal as he was the last opponent to touch the puck. Asked after the fight to be awarded the goal, Foligno joked: “Yes. It was a hell of a snipe.”

“It was lucky for us to get back in the game that way,” Fiala added. “We definitely appreciated that goal.”

Just as hard as Wild pressed on in the third period, it looked like they could run out of gas down the stretch. Until a big shot from Mats Zuccarello equalized the match to 2-2 with 34.7 seconds left.

“We played and did a pretty good job in our zone,” said Foligno, who screened the goalkeeper on Zuccarello’s goal. “It was just a matter of time.”

Neither team scored in overtime until Wild eventually came out on top in the penalty shootout.

Now The Wild has about a week off with a game against the Anaheim Ducks coming up Friday night at the Xcel Energy Center. It may be time enough to get some players healthy and back in the ranks.

“We worked hard enough to make that break,” Evason said, referring to Wild taking advantage of Capital’s own goal. “I think our group fought. We’ve been through some adversity and we’ve come through here. Now hopefully we get some bodies back?”