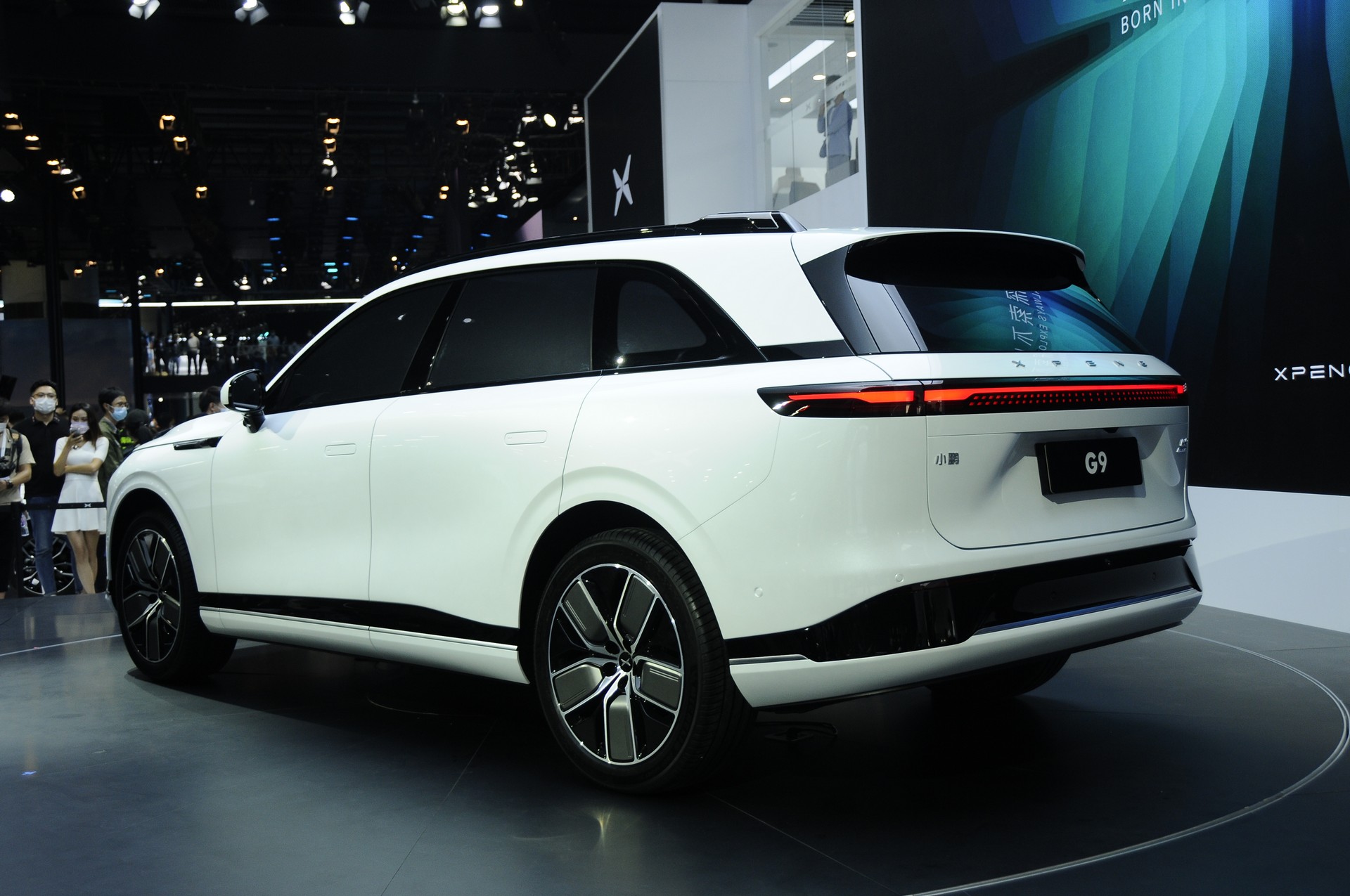 XPeng is going global as the company has introduced the brand new G9 on Guangzhou Auto Show.

The G9 is a flagship SUV that complies with Euro NCAP’s “5-star safety design standards” as well as “strict” as the company’s first model that has been “conceived and designed from the outset for both domestic Chinese and international markets”. EU WVTA vehicle certification standards. “

Disregarding XPeng’s European ambitions, the G9 is a sleek crossover with an evolutionary front panel. Although the design is recognizable right away, it’s remarkable to have two LiDAR sensors placed under the headlights.

As we move further back, we can see streamlined bodywork, flat-mounted door handles and aerodynamic 21-inch wheels. The model also has a pronounced shoulder line as well as a greenhouse that resembles Kia Sorrento. Other notable highlights include a panoramic glass roof and black window surrounds that continue all the way through the rear pillar.

The exclusive style continues back as the G9 has a curved rear end with a sleek LED light bar. There is also a spoiler and a bumper with a glossy black accent.

XPeng was reluctant with the specifications, but confirmed that the model has their new XPower 3.0 driveline. It has 800V technology and a five minute charge will be able to provide up to 124 miles (200 km) range.

The automaker also revealed that the G9 is their first vehicle equipped with the XPILOT 4.0 semi-autonomous driving system. In addition to the aforementioned LiDAR sensors, the model has an 8 million pixel front-facing camera and 2.9 million pixel side cameras. Thanks to these various cameras and sensors, the G9 is able to offer “fully scenario-assisted smart driving from the start of the vehicle to parking.”