Share
YT has announced a new version of its Izzo trail bike that cuts the rear hike from 130mm down to 120mm.

All 3 Core models of Izzo currently share 130mm of travel front and back and last year YT launched the Blaze version, which increased the fork travel to 140 mm and dropped the grip shift lock. Now the German brand for direct sales has taken things the other way and released a shorter travel version of the bike called the Izzo Uncaged 7.

The new Uncaged model aims to offer more XC feel than the standard Izzo, and this is without a doubt helped by the fact that this is the lightest full-suspension bike YT has ever released, tilting the scale to 11.4 kg / 25.1 lbs (size S).

Nothing has changed with the frame, but it is specified with a shorter shock – RockShox SIDLuxe Ultimate has a stroke of 50 mm, 5 mm shorter than on the Core models, which is equivalent to 10 mm less at the rear wheel. The shock absorber is paired with a SID Ultimate fork that matches the 120 mm rear travel. This is the only bike in the series that offers SID suspension with the Core models all riding Fox 34s and Blaze riding a Pike. Unlike the Blaze or Core models, riders can still lock the front and rear suspension out thanks to the SRAM TwistLoc Full Sprint remote.

The changes in travel have also changed a bit the geometry with range growing by 3-4 mm in each size and the seat and main tube angles being steeper by 0.4 °. Since the frame has remained unchanged, the rest of the figures generally remain in line with the Core models. The full geometry diagram is below:

The rest of the specifications certainly point to the platform’s increased cross-country intentions with an SRAM XX1 Eagle AXS group set, DT Swiss XCR 1200 Spline wheels and Maxxis Rekon Race tires. The full spec is below: 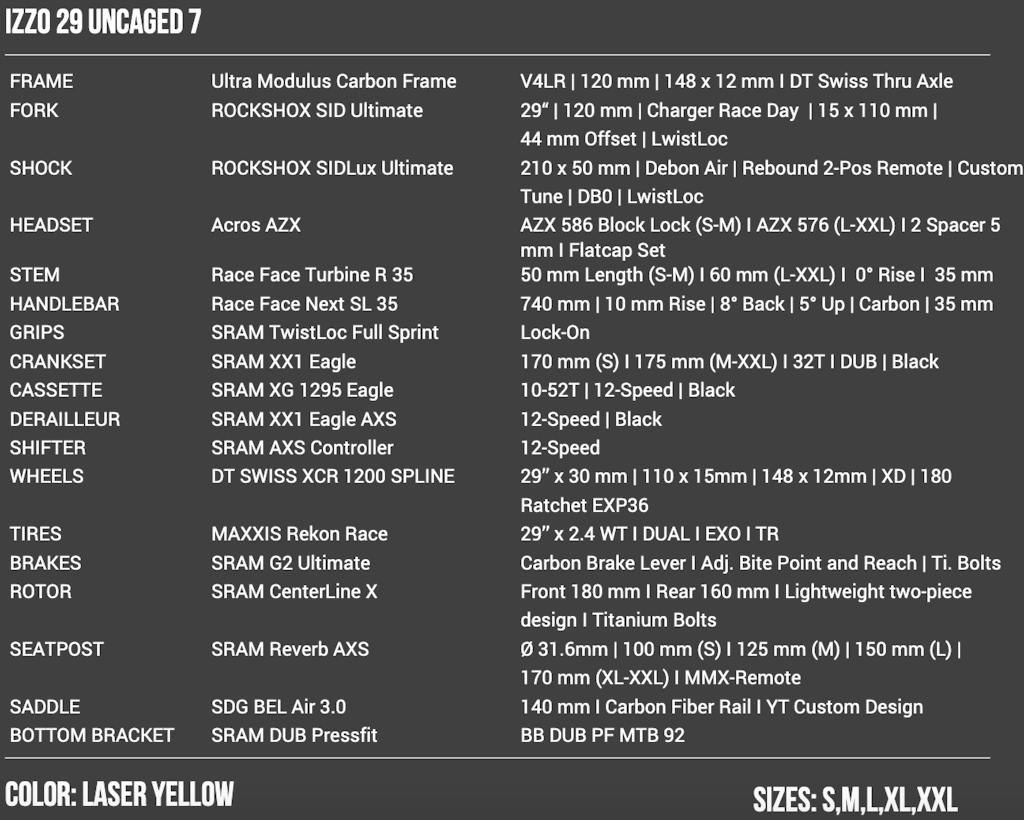 The bike’s XC intentions are supported by its racy spec